Failure to provide fire safety training has a lethal cost

The humble fire warden is often perceived as the figure in the hi-vis vest who escorts staff and visitors off the premises and takes the headcount on the street during one of those unwelcome fire drills, or, even more annoyingly, when there is a ‘false’ alarm. But, wait .. there is far more to this greatly understated role than many workers or errant employers and owners might imagine.

The fact is that having properly trained fire wardens saves money and can prevent tragedy. They are the eyes that focus daily on hazards and potential risk; they offer solutions before fire occurs and they provide the vital skills and required action in case of the real thing.

Effective fire safety training within your company or organisation is invaluable. And the price to pay in its absence is there for all to see in terms of financial and human cost. The most stark example of this during the past year has been the tragic fire at the Kentex slipper manufacturing factory in Valenzuela, Philippines which killed 74 people.

It was reported that the factory’s workers had received no safety training; in the event, nearly all those who died ended up inexplicably on the second floor of the building and were trapped fatally by barred windows. A survivor stated: “We were running not knowing exactly where to go .. if people had known what to do, it would have been different.”

Training is an integral part of fire safety law

Fire safety law in the UK is set out in the Regulatory Reform (Fire Safety) Order 2005. This makes it clear that you must have risk assessments and that training is an integral part of implementing fire safety. Article 21 states that the responsible person “must ensure that his employees are provided with adequate safety training” and that the training “must include suitable and sufficient instruction and training on the appropriate precautions and actions to be taken by the employee in order to safeguard himself and other relevant persons on the premises.”

Now, before you fall too easily into the comfortable notion that what happens internationally cannot happen at home, think again.  For an indication of how a disaster may be waiting to happen near you tomorrow, simply view on line your local public notices board to see  who has been issued in recent times with Enforcement or Prohibition/Restriction Notices.

The London Fire Brigade’s public notices summary information site http://www.london-fire.gov.uk/boro_summary_info.asp?id=1 provides a fascinating insight, naming names, businesses and establishments. The breaches of the law are not only embarrassing for those concerned but also hugely alarming in the nature and level of the compliance failures. In many cases, Article 21 is one of those areas breached. Fire wardens are not being trained and staff are not being informed about fire safety.

Endangering lives and having a huge financial impact

As well as endangering lives, the failure to provide adequate fire safety training for staff can have a huge financial impact on business. An Oxford Street store operated by the prominent fashion retailer New Look was destroyed by fire in 2007 with massive resulting disruption to trade in the country’s most famous shopping high street. An estimated 35 fire engines and 150 fire fighters were needed to tackle the blaze; crews remained at the scene for three days. More than 50 stores in Oxford Street suffered severe disruption to trade throughout the period.

The court case which followed heard that fire alarms had been turned off after sounding, staff did not know evacuation procedures and that the first phone call alerting the fire brigade came not from the store but from an office worker in an adjacent building. Consequently, New Look pleaded guilty to two breaches of the Regulatory Reform (Fire Safety) Order 2005. The breaches were insufficient staff training and storage blocking escape routes. The company was fined £400,000 and ordered to pay £136,000 costs.

Penalties are going to increase dramatically

Penalties are now going to increase dramatically. New legislation means that the punishment is more likely to fit the crime in future (see my February blog – hyperlink). New sentencing guidelines for health and safety offences, corporate manslaughter and food safety and hygiene offences in England and Wales have been introduced. The definitive guide produced by the Sentencing Council will have a major bearing on the level of fines and prison sentences imposed for offences as well as putting far greater emphasis on culpability and the level of exposure to risk of injury or death.

The Guide states: “Health and safety offences are concerned with failures to manage risks to health and safety and do not require proof that the offence caused any actual harm. The offence is in creating a risk of harm.”

There has been some speculation that because the new guidelines do not cover breaches of the Regulatory Reform (Fire Safety) Order 2005, or refer specifically to ‘fire’, there may be major discrepancies in sentencing as the guidelines do not apply directly. However, I believe that in practice it is most likely that courts will apply similar criteria and mirror the health and safety guidelines in sentencing for offences under the Order. After all, there is no limit on fines sentencing in the Crown Court under the Order and there is already plenty of case law where companies and individuals have been punished heavily for creating the fire risk alone.

A failure to provide fire safety training would certainly be regarded as creating a risk of harm. Therefore, companies, establishments and responsible persons such as directors could also face punishment for simply creating the risk, even without incident. Step forward the humble fire wardens who are now well and truly elevated to their correct status! 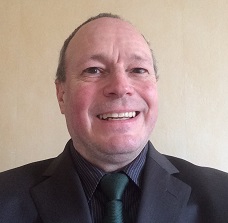 Members Tip:  If you have any comments, questions or useful advice about the above blog, please do comment below…..